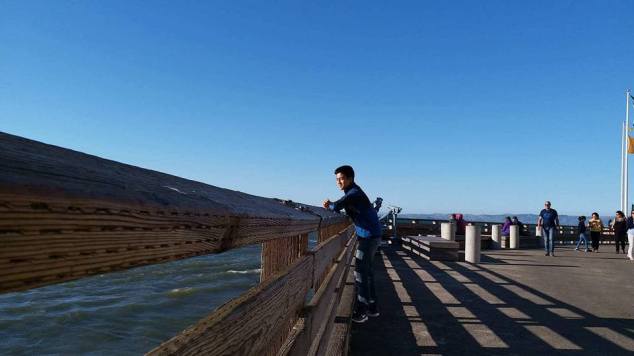 I remember screaming with every ounce of air in my lungs as my uncle and I dropped from a 30-meter height on a turquoise swing somewhere on one of the islands of Malaysia.

I remember biting my nails—or what was left of them—while my second-grade teacher was announcing the victors of the hard-fought math test; I was one of them.

I remember staring at streaks of water on the airplane window, heartbroken, thinking about the beautiful girl I saw and how I would never see her smile ever again.

As I salvage valuable memories from the past, I realize how precious they are. Each memory tells the story of how I experienced an emotion; how it felt to be human. Allow me to take you through them and, hopefully, they will paint a clearer image of who I am.

I’m Jonathan (not Johnathan) and I’m 15 years old. I’m quite loud at times and my sense of humor is so low that you can show me a potato and watch me laugh at it. At the beginning though, I was a “spoiled brat.” I cried when my aunt forgot to bring me a toy from work, I stabbed my cousin with a fork and cried to avoid the blame and was, in essence, a pest. However, my little routine of being a prick changed when I became a student. Thus began a long, arduous journey.

Elementary school, summarized in one word, was competitive. I remember comparing the amount of “Excellents” I got on my report card with other students. They too fought the same battle to be “Number One.”

The transition from elementary to secondary school was harsh, yet we were as competitive as always. As we moved on to the 7th grade, letters on a report card became less important as physical appearances started to matter. My worst year was 8th grade; I was stereotyped as the class nerd. It was problematic because as a prepubescent child who started growing feelings stronger than friendships, I was given no chance. On the other hand, it sparked a flame inside of me. Fueled by people’s criticisms, I promised to myself that one day, I will surpass them.

The following year, I abandoned all my hopes for romance and focused on being the best instead. By then I was a swimmer, an amateur pianist, secretary of Yangon Academy Student Council, the best debater in class, almost every teacher’s favorite student, and the leader of Grade 9. I fulfilled my promise. Nonetheless, I felt that I was missing something in my life. With that thought, I was brought to Thalun International School, the school that I describe as teeming with potential.

I was unfamiliar with having less than 10 students in a class. That has now become less of an issue as I now work towards finding my identity. Nevertheless, I shall be prepared for any challenge waiting for me.

This individual’s story is far from over.

4 thoughts on “Jonathan: In a Nutshell”