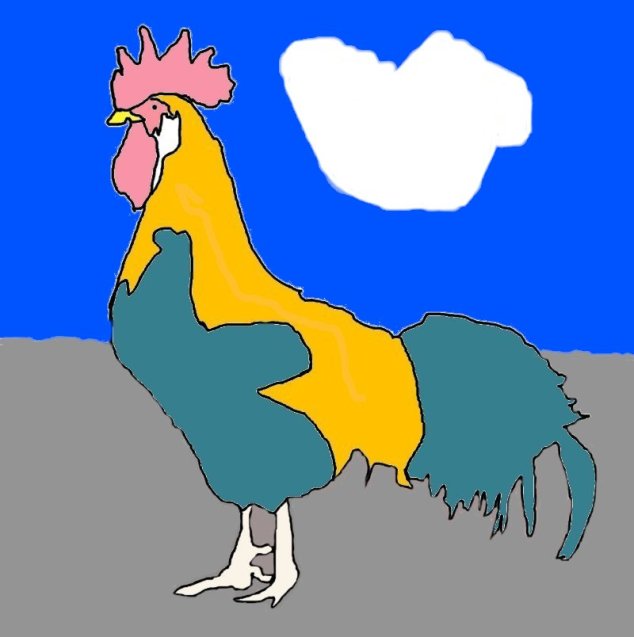 The rooster, aka the cockerel or cock, can be found in Myanmar. You may find it flocked around some seeds or giving you a dose of the old-fashioned alarm clock. The word “rooster” originated in the U.S. and is used mostly in North America. Roosters are basically male chickens, with male chickens less than a year old being called cockerels.

The term “roosting” means finding a place to take a nap during the day, which is done by both male and female chickens.  The rooster guards nests where the hen is nesting, and is aggressive to other roosters who try to steal his area. It sends out an alarm if another rooster is nearby, and crows at the top of its lungs to tell others that this is his spot and the others should back off.

There’s so much more I could add, but that would make this blog about an octillion miles long, so thank you for reading. -And think twice before messing with a cock.