This (title) is a quote from the so called Mad Titan “Thanos.” Man, what’s better than calling yourself a Mad Titan who controls the entire multiverse with six infinity stones? With just these shiny little stones, you can have anything that you can imagine. No, I don’t want to become the villain who killed his own daughter, but Thanos is a pretty smart alien.

Well, this picture is a recreated scene from the Infinity War movie which took place on the Titan planet. He showed the beautiful past of this planet to the Avengers before wiping out half of the entire universe with a snap. So, this picture consists of Thanos(me) ;’) showing the past and present.

The original picture was actually taken in Shan state in Myanmar. I was at the top of the mountain. When I say top, I mean the real top. It’s even kind of hard to breathe because of the height but we somehow managed to stay on this mountain for hours. So with this picture, I was turned into mad Titan using GIMP. 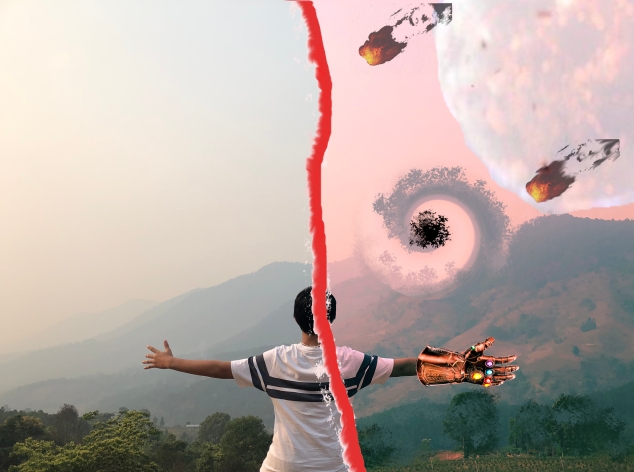 One thought on “It was… It was beautiful (spoiler alert)”