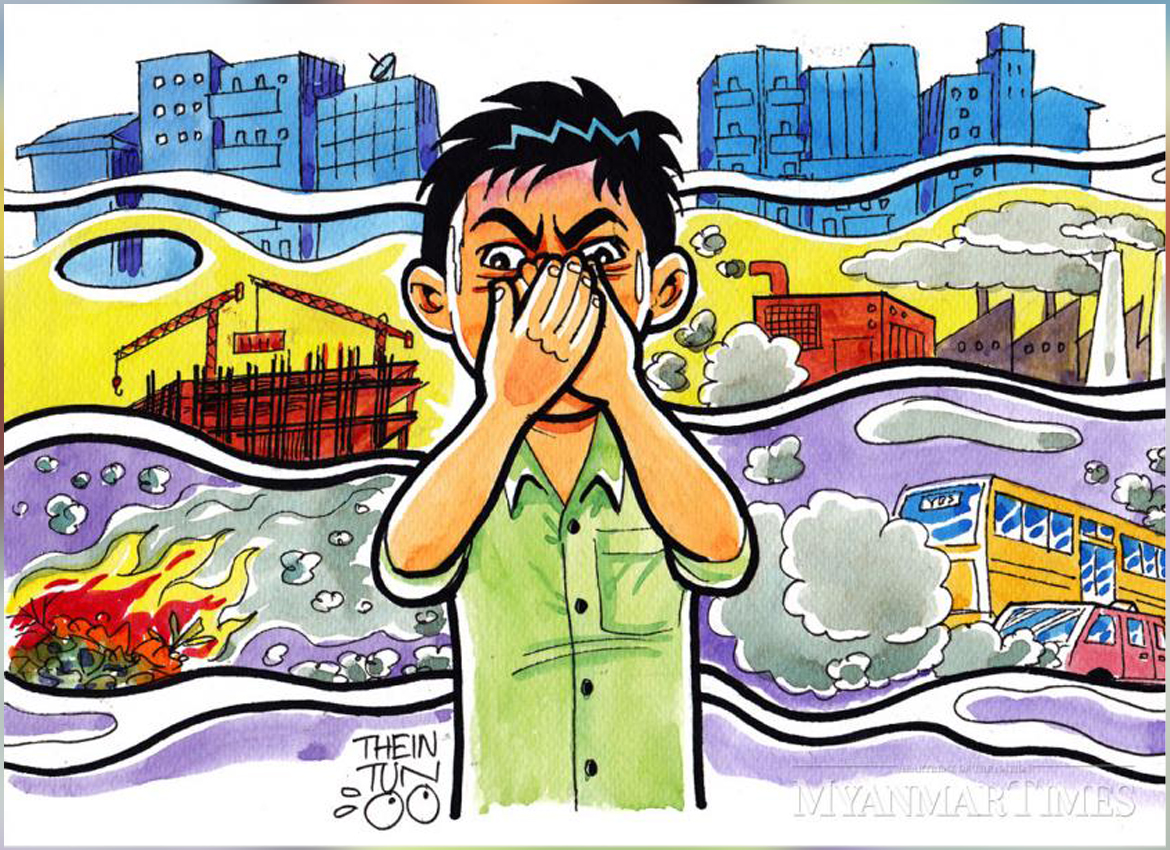 The theme of my blog is “Save Earth! What can I do?” but I decided to focus more on Yangon’s air pollution problems. Since I was young, I lived in the downtowns of Yangon and whenever I woke up in the morning, I would always get the smell of burning plastic and charcoal. It sometimes gets to the point where I would get occasional nose bleeds whenever I wake up in the morning. It’s more than a nuisance and it’s actually harmful to young children and old people. Today, I set out to explore the root of the problem.

Yangon is a densely populated city. There are 7 million people currently living in Yangon, it is more than Kayah state in eastern part of Myanmar. Because of densely populated housing and residences the amount of waste and trash produced by the people are also in ever increasing numbers.

Burmese homeowners especially in residential housing complexes, almost all of them have a habit where they would burn dry leaves and trash early in the morning. Not only does this make the air smell terrible, this also puts out a lot of carbon and harmful gases in the atmosphere.

We know that this puts out a lot of harm but how do we know that this is a problem? To answer that, let’s take a look at the global air quality index. AQI is a global organization that measures air quality and produces active daily reports on certain areas of a country. 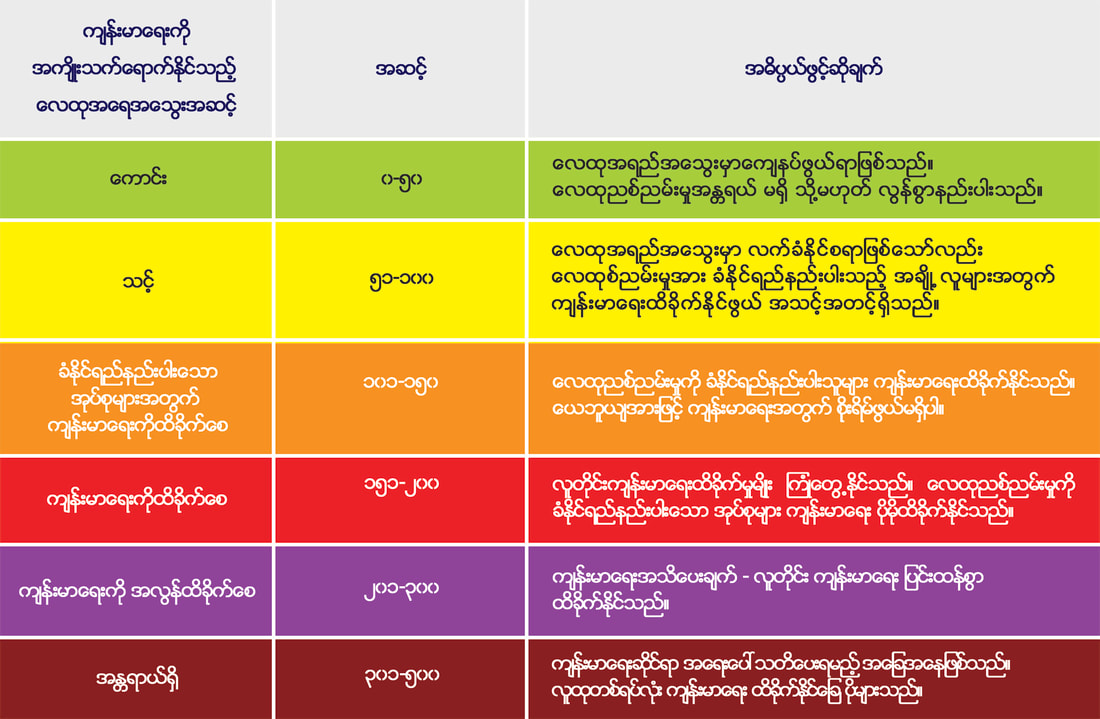 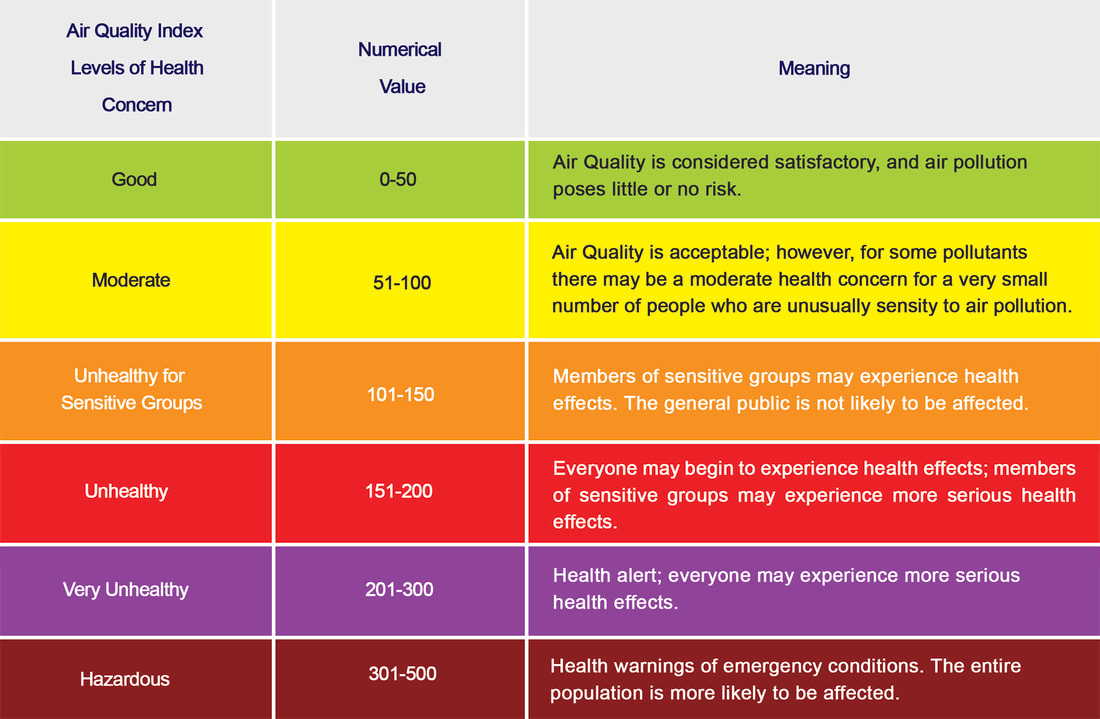 Which is around the orange region. In this stage, it is harmless for average people but it is unhealthy for sensitive people such as young children and old people with diseases. To get daily reports I recommend downloading this app on your IPhones.

You can also get daily reviews and reports of air quality index on their facebook page. 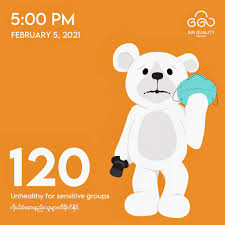 “Looking at the pollution numbers recorded over 2019, Myanmar came in with a PM2.5 reading of 31.00 μg/m³ as its yearly average, putting it into the ‘moderate’ rated pollution bracket, one that requires a PM2.5 reading of anywhere between 12.1 to 35.4 μg/m³ to be classified as such.

Although it fell into this bracket, it was on the higher end of it somewhat, only a few units of away from being moved up a bracket into the ‘unhealthy for sensitive groups’ ranking (35.5 to 55.4 μg/m³ required), which as the name implies would cause a number of health issues for vulnerable demographics of the population, with groups such as young children, the elderly, the immunocompromised or those with preexisting health conditions all being at risk, as well as pregnant mothers being prone to some serious adverse effects if exposed to high pollution levels over long periods of time.

This PM2.5 reading of 31 μg/m³ placed Myanmar into 20th place out of all countries ranked worldwide, coming in just behind other countries such as Syria and North Macedonia. The two cities registered in Myanmar (as of early 2020), were Yangon (formerly known as Rangoon) and Syria, both of which came in with similar levels of pollution, with Yangon at 31 μg/m³ and Syria at 30.3 μg/m³.” (iqair.com/myanmar)

Looking at what IQair has stated air pollution in Myanmar would become a hazardous problem if it is not taken seriously.

When we have identified the problem, how will we solve it? I proposed this solution of using homemade compost for purposes such as biodegradable trash which includes dry leaves and kitchen waste. Start by creating a container shaped box with plastic boards or wooden planks. Then lay the bottom with charcoal which helps in masking the smell when organic things decompose. After that, plastic or metal nets can be laid and filled with soil. Then organic waste can be filled and covered with a lid. After several weeks or so, all the biodegradable waste will decompose into fine soil. This special soil can also be used as plant fertiliser since most of the organic waste is rich in nitrogen and carbon. 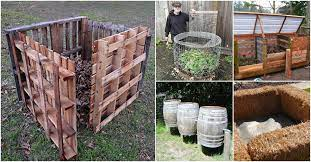 For non organic waste, I think this will need state level support from the authorities. This includes from the way they collect waste to the way they dispose of it. As of now YCDC fills up trash in landfills in the town of Hlaing Thar Yar. This may be a solution but not for long. We already have learnt how the land fill in Hlaing Thar Yar caught on fire and kept on burning consistently for many weeks. 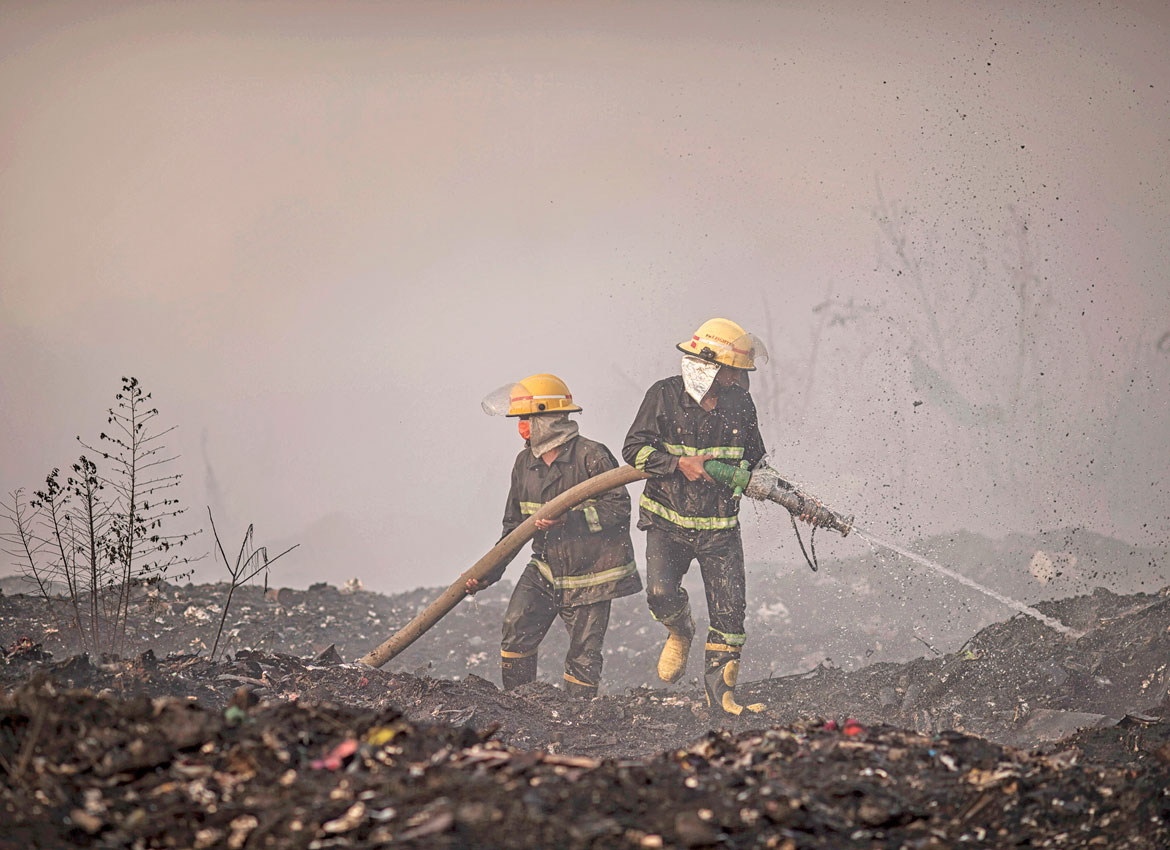 Not only does this create risk for firefighters and extra costs for extinguishing the fire, this also produces massive amounts of harmful gas. The smoke from the landfills moves across the town across the entire yangon.

But a practical solution for managing non-organic waste is to have organised disposal sites. This includes from organised trash bins to systematically organised recycle plants. it would be unfair to leave all the work for the recycles, we as citizens should also do our parts, this starts from organising the trash using colored bins. Different colored bins have different purposes such as plastic, styrofoam, cardboard and so on. Local authorities and citizens should cooperate to maintain a clean environment. 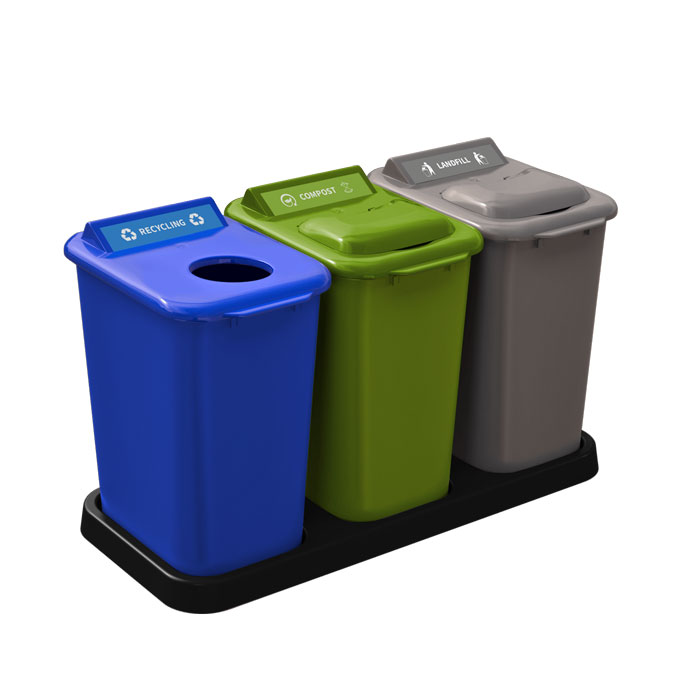 Yangon is not the only city affected by air pollution, almost every major city in the world is affected by air pollution. There are more deaths because of air pollution than smoking and lung diseases. In the future if the air pollution problem is not fixed there will be harsh consequences for human beings. If the citizens of Yangon work together, build discipline and educate each other by doing campaigns and such, I think Yangon can become a better place in no time. Of course this needs effort and time but the reward would be worth it and it can give a pleasant life for us and the upcoming generations.

I have been watching a whole lot of anime. Especially Naruto, so I tried to recreate the most iconic weapon used in those anime series. To fulfill my fantasies, I have created a real life shuriken by the 3d printer in the computer lab. Also I made a GIF image to show the rotation of the smoking shuriken. I use blender to model every parts of the shuriken and also to render the format. It was pretty hard to model at first but once I learnt it I had so much fun creating objects as much as I can imagine.

This (title) is a quote from the so called Mad Titan “Thanos.” Man, what’s better than calling yourself a Mad Titan who controls the entire multiverse with six infinity stones? With just these shiny little stones, you can have anything that you can imagine. No, I don’t want to become the villain who killed his own daughter, but Thanos is a pretty smart alien.

END_OF_DOCUMENT_TOKEN_TO_BE_REPLACED

This is one of the pictures taken during Week Without Walls.  I decided to take it in this place because the sun was shining and all the really good natural exposure and light effects happen at that time.

END_OF_DOCUMENT_TOKEN_TO_BE_REPLACED

June 6th was the last day of school of the previous school year, but I really enjoyed my summer. After school closed, I got to do some fun hings like Arts and Music. Also my family and I decided to go to Bangkok. We went to Bangkok for  week with TG Airlines. I was really surprised because I saw Mr.Sabo in Bangkok. He was at a McDonald’s. I don’t think he remembered me. LOL.

END_OF_DOCUMENT_TOKEN_TO_BE_REPLACED 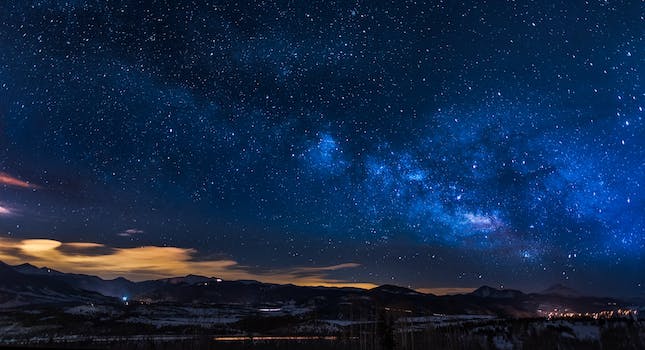 Hello! My name is Terrence. My Burmese name is Htet Paing and I am 13 years old now. I am pleased to tell you about me.

I was born and am still living in Yangon, Myanmar. I have so much fun at this school and I have made lots and lots of friends too. Now I am in grade 7.